The Plan: Dark Imaginings By RABBI-SIMCHA-WEINBERG on JANUARY 18, 2021

Countdown To Chanukah 14 – Lost In Space 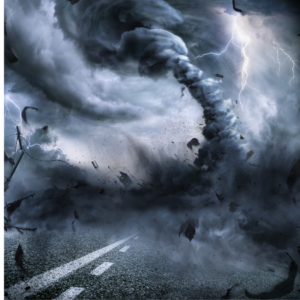 I recently used the phrase, “On my most recent visit to the Beit Hamikdash (Temple in Jerusalem)…” For some odd reason, my interlocutor assumed I had a Great Adventure Time Machine. Strange man.

I eat a Matzah and Maror sandwich at the Seder because Hillel does that in the Beit Hamikdash area (Shulchan Arukh, Orach Chayim 475:1).

I counted the days and the weeks of the Omer as is the practice in the Beit Hamikdash (Menachot 66a).

I don’t even watch my favorite Harmonic Cohen when he’s blessing the congregation because we just don’t do that in the Beit Hamikdash (Mishnah Berurah 128:89).

I even tried some Beit Hamikdash practices on Yom Kippur but some people got a little carried away: “The  prominent men of Jerusalem would not sleep the entire night but instead engaged in Torah study, so that the High Priest would hear the sound of noise in the city and sleep would not overcome him in the silence of the sleeping city. It was taught in a baraita that Abba Shaul said: They would do so even in the outlying areas and stay awake all night in acknowledgment of the Temple; however, the result was that they would sin, as the men and women would participate in games together to pass the time, leading to transgression (Yoma 19b – sefaria.org).” We still bow down on Yom Kippur when we hear Harmonic Cohen’s grandfather recite the Ineffable Name.

I spend most Festivals in the Beit Hamikdash in a very tangible way. No Time Machines.

Well, I spent so much time describing my Beit Hamikdash practices that Scotty beamed me up; I have no idea where I am.

Last I looked, I live in Yonkers, NY. A certain Gluten Free baker is from Argentina, and, please don’t tell her I said this, but they seem to live in reverse; their winter is our summer…

This certain Argentine wanted to know whether she should recite the prayer for winter rains during Argentina’s winter;

I had to consult a true Torah scholar, Rabbi Yirmiyahu Kaganoff who wrote:

By the early seventeenth century there was already a Jewish community in Brazil that sent questions germane to when they should recite mashiv haruach umorid hagashem and vesein tal umatar. The earliest responsum was written by a prominent posek of Salonica, Rav Chayim Shabtai, who was the rav in Salonica until his passing in 1647, and whose responsa were published as Shu”t Toras Chayim. His undated responsum is addressed to someone inquiring about the practices of the Jewish community in Brazil, without identifying which city in that country. The teshuvah identifies them as being south of the equator, which is indeed where almost all of Brazil is located. The letter could not have been from the two largest Jewish communities in Brazil today, Sao Paulo and Rio de Janeiro, because neither of those cities existed yet in the 17th century, but it might have been from one of the earlier colonial cities of Belem or Recife (then called Pernambuco).

In the article, “Should I daven for rain when we need it?” which I sent out last week, I mention the dispute in the Gemara whether these two prayers, mashiv haruach umorid hagashem and vesein tal umatar, are recited according to local conditions, such as those of a city whose weather pattern varies significantly from nearby locales. The Gemara’s example is the people of the city of Nineveh, where rain was necessary throughout the summer. Could they recite vesein tal umatar in Boreich aleinu, when it usually is recited, or should/must they recite it in Shema koleinu.

The halachic conclusion is that mashiv haruach umorid hagashem is never said according to local conditions, whereas vesein tal umatar is not said in the usual place in shemoneh esrei, but in the brocha of Shema koleinu. (rabbikaganoff.com)

So, here I am, somewhere, I don’t know exactly where, because wherever I am I pray as if I’m in Israel. (Me and my big mouth). So, after sunset, Saturday, December 5, 2020, no matter where I am, above or below the equator, I will pray as if I am in Israel and switch in:

Bless for us, God, our Lord, this year and all the varieties of its produce for good; and bestow

(From the first say of Pesach until the evening service [Maariv] on December 4, or, on a civil leap year, December 5, we say the following line.)

From the evening service [Maariv] on December 4, or, on a civil leap year, December 5, until the First day of Pesach, we say the following line.

dew and rain for a blessing*

upon the face of the earth; satisfy us from Your bounty and bless our year, like the good years. Blessed are You, God, Blesser of the years (sefaria.org).

I must admit I am looking forward to Singing Hallel beyond time and place!